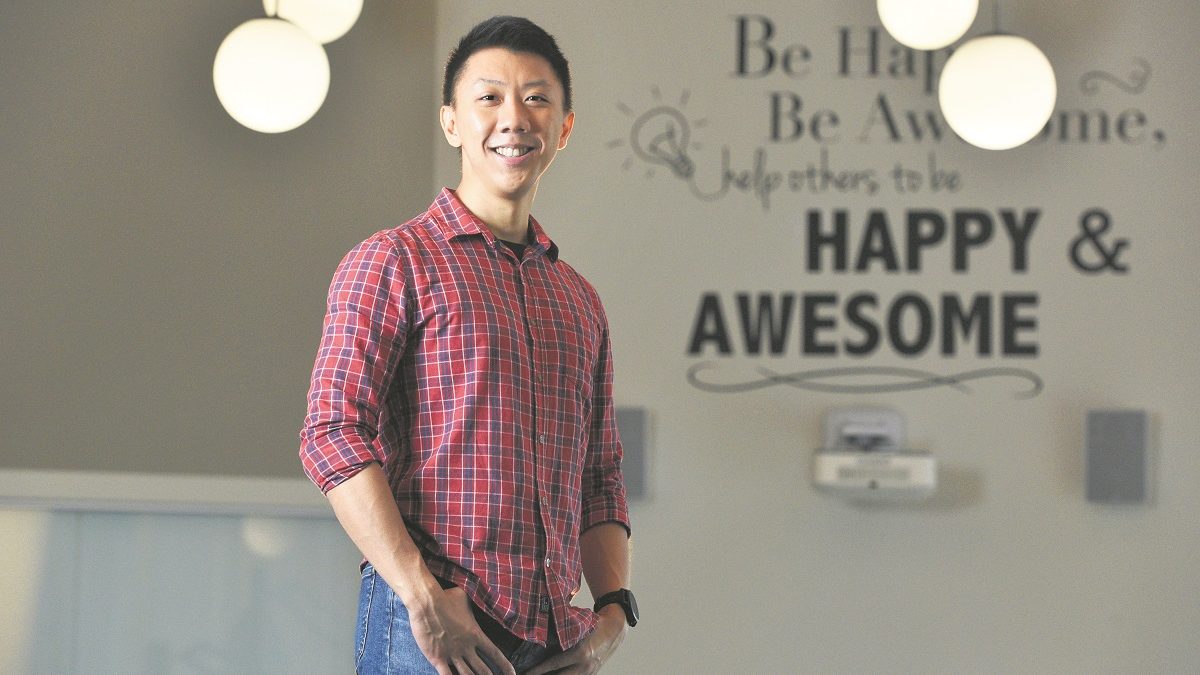 “We’re in charge of the whole project?” he asked, referring to himself and his classmates at the Singapore Institute of Technology (SIT). They were enrolled in the Bachelor of Engineering with Honours in Information and Communications Technology (Software Engineering) programme.

The project in question was a part of the Integrative Team Project (ITP), a 12-week project at the end of a BEng in ICT (SE) student’s second year where they partner with industry stakeholders to address a real-world problem.

Mr Low and his team members had the responsibility to handle everything from conception to execution of the final product. Their academic supervisor would be on hand to assist, should the need arise, but only in an advisory role.

Although the prospect of having to deliver a fully finished application in just three months may seem daunting for some people, it was exactly the kind of challenge Mr Low was looking for.

“From our perspective, knowing that we are working on an actual project where end users will eventually be using the application increased the sense of purpose and motivation to develop higher-quality work,” he says.

Developing skills beyond the classroom

While undertaking his diploma programme, Mr Low was disappointed he had few opportunities to work on enterprise- level projects and interact with modern technologies and frameworks – the bread and butter of a software engineer

Hence, when he was looking for a suitable undergraduate course, an emphasis on hands-on applied learning was his primary concern.

And he found it in SIT. The draw for him was the myriad of project-based activities throughout the curriculum – including the ITP – most of which involved close collaborations with industry partners.

Chief among these is the one-year Integrated Work Study Programme (IWSP), a distinctive feature of every degree programme at SIT. A platform for students to engage in industry projects and hone their skills beyond the classroom, the IWSP provides opportunities for growth and exploration far beyond the standard three-month internship offered by most institutions.

In Mr Low’s case, he was assigned to the Government Technology Agency (GovTech) of Singapore as a full-stack software engineering intern, handling the full end-to-end implementation of features for a Web application platform that his team was working on.

He was also given the opportunity to be part of user experience (UX) research, taking part in user and concept testing with stakeholders, before giving feedback to the UX design team.

Not only did he have to present his team’s project to external stakeholders, but he also had to act as a coordinator between the different parts of the team, from business analysts to developers and designers.

“These opportunities during my work attachment were very helpful in exposing me to the actual working environment, and how working in an industry feels like, even before my graduation,” he says.

So impressed was GovTech with his IWSP performance that they subsequently offered him a job as an associate software engineer under the Technology Associate Programme, a two-year leadership-trainee programme.

“Having exposure to actual industry projects creates more room to apply theoretical concepts and put them into use,” he says.

“This gave me more confidence to transit into the working industry knowing that not only am I more aware of the latest trends, but I also have the experience to perform hands-on tasks more effectively.”

Find out more about SIT’s Bachelor of Engineering with Honours in Information and Communications Technology (Software Engineering) at www.singaporetech.edu.sg/undergraduate-programmes/infocomm-technology/information-and-communications-technology-software-engineering