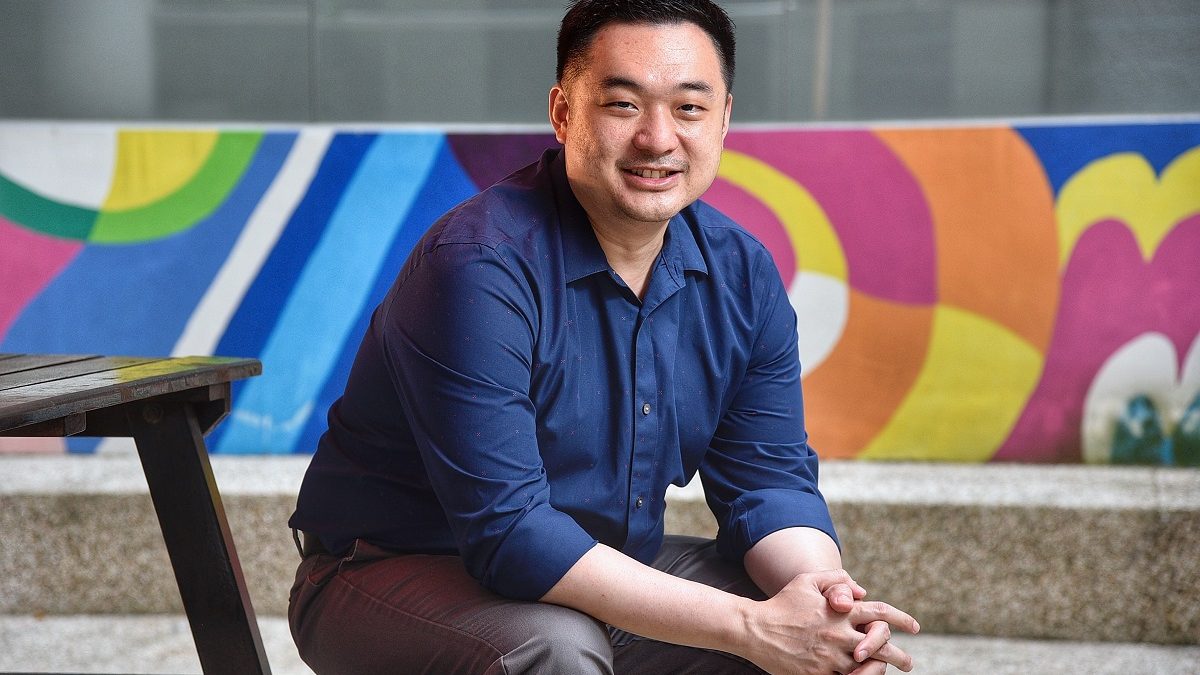 Imagine playing exercise-based video games to lose a few extra pounds or using a virtual reality (VR) headset to simulate being in a war-torn environment for disaster-readiness training.

Prof Li had his first brush with research in 2008 when he was working on a final-year project on how youth can protect themselves against cyber bullying.

That was when he realised that pursuing research could be a potentially fulfilling career. “You discover what people are thinking and their motivations, and find ways to change perceptions,” he says.

Prof Li pursued a Master of Communication Studies, followed by a PhD with special focus on health communication and intervention.

As part of his postgraduate studies at NTU, Prof Li conducted an experiment where secondary school students played Kinect and Xbox games to keep fit, as part of the schools’ curriculum. In another tie-up, with KK Women’s and Children’s Hospital, he worked with clinically overweight children to find out if such games could help them see exercise as a fun activity.

In both instances, Prof Li observed that their motivation levels increased when different factors came into play, such as how slim the avatar was, the method of coaching, as well as introducing different game genres.

“The kids were very excited to try it out. I still remember some of them saying that they didn't even get to play games at home and now, they get to play them in school,” he says.

The PhD programme also gave Prof Li the chance to attend international conferences in cities such as London, Osaka and Washington. In 2014, he received the inaugural Humanities, Arts and Social Sciences scholarship and spent two years as a post-doctoral researcher at the Virtual Human Interaction Lab at Stanford University.

In Silicon Valley, he found himself working with cutting edge technologies, which kick-started his foray into the world of VR. One of his projects involved trying to build a sense of empathy and willingness towards organ donations. Participants would see a VR simulation of their family members sitting by their bedside in distress, followed by a doctor sharing how organ donation was the last chance to save them.

At NTU, Prof Li is using VR to encourage more environmental consciousness, such as highlighting the dramatic scale of waste produced by just one individual.

More recently, he is studying the impact of video conferencing and how people can feel burnt out by the excessive use of such tools during the Covid-19 pandemic.

And he’s not stopping there. Further in the pipeline, Prof Li also hopes to create  “empathy stations” in schools, where young people can put on a VR headset to experience what it is like to be an elderly person with poor vision and hearing, and limited movements

He also hopes that the recent spotlight on the metaverse (a virtual world that is an extension of a physical world) will generate more attention towards new media technologies and how it can be used for good in healthcare, as well as other settings.

He says: “This is a very new field, and with increased traction in the metaverse, I am excited that there will be a greater interest towards emerging and new technologies.

Find out more about NTU's Master of Communication Studies programme at www.ntu.edu.sg/education/graduate-programme/master-of-communication-studies