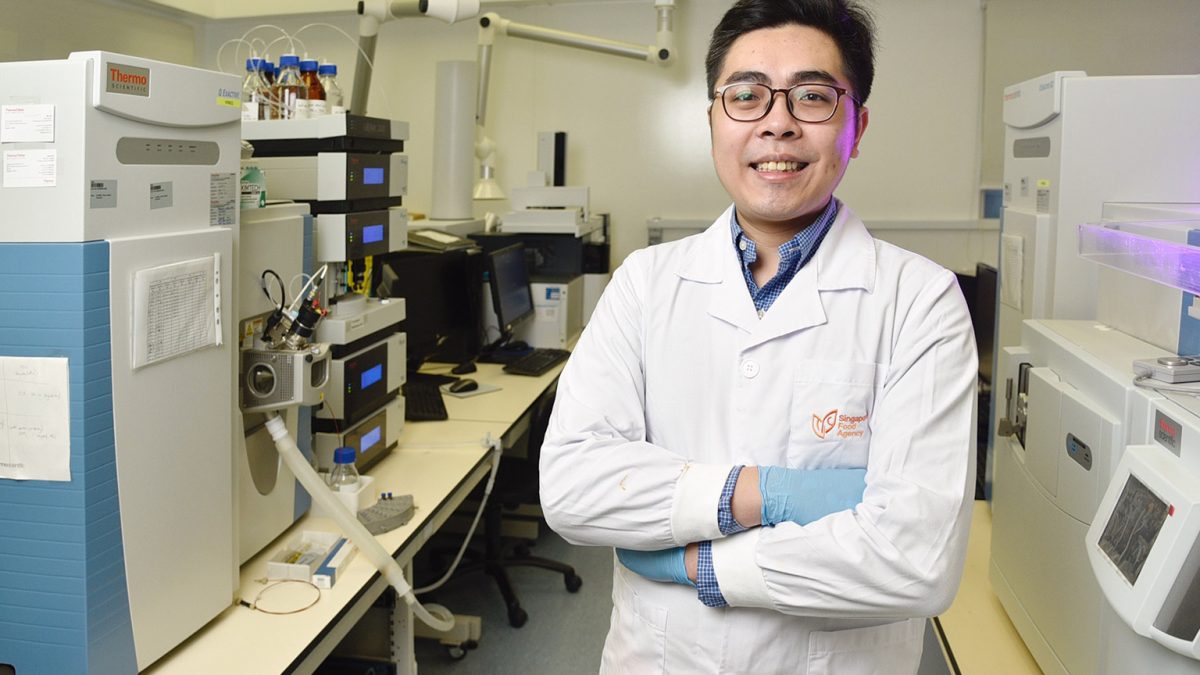 Mr Johnny Yeung joined the Singapore Food Agency as he wanted to be at the forefront of updating Singapore’s food production strategy. PHOTO: WEE TY

The food scientist with a mission: To protect and to serve Singaporeans' stomachs

A major food poisoning incident in Gansu, China, in 2008, filled the then 15-year-old with a conviction to prevent it from happening in Singapore

In July 2008, 16 babies in Gansu, China, were diagnosed with kidney stones.

These would later be revealed to be the symptoms of melamine poisoning: The results of over 22 companies adding dangerous amounts of melamine in their milk products through a perfect storm of compromised quality control, unscrupulous business practices and government negligence.

In the months to come, at least 54,000 babies will be hospitalised, and of these, six will die. In total, almost 300,000 children will have consumed contaminated dairy products.

Thousands of miles away, a 15-year-old Johnny Yeung had his eyes glued to the news unfolding on his television set and found himself filled with a deep conviction to prevent this from happening in Singapore.

Today, 13 years later, Mr Yeung is now a scientist in the National Centre for Food Science within the Singapore Food Agency (SFA). He still clearly remembers the 2008 infamous incident as being the main influence on his choice of career in food science and food chemistry.

“The news on the presence of melamine in infant formula showed how chemical molecules, small as they may be, can have a massive impact on people and affect public health on a systemic level,” he says.

“This widespread incident struck a deep chord within me.”

Seeking an entry into a career in food science, Mr Yeung found his avenue at a scholarship road show at his junior college, at the SFA booth – then called the Agri-Food and Veterinary Authority of Singapore (AVA) – where he learnt more about the statutory board’s titular scholarship.

It was not just about preventing contamination incidents like the Gansu one, either.

“Due to pressures such as climate change and the risk of supply chain disruptions, we have been forced to make great strides in rethinking the way Singapore produces food within the agri-food industry,” says Mr Yeung.

Joining SFA would allow him to be at the forefront of updating the food production strategy for Singapore.

Of course, the prestige of receiving a scholarship was no small factor in his decision. But not only would taking up an AVA Undergraduate Scholarship give him invaluable financial support to pursue his studies, as well as job security after graduation, it would also provide him with the promise of other opportunities to expand his interests, both breadth- and depth-wise.

After graduating with a Master of Science in Chemistry with Medicinal Chemistry from Imperial College London, Mr Yeung returned to SFA’s Research & Exposure Science Department for his inaugural posting.

His multidisciplinary role incorporated the elements of chemistry, biostatistics, and data science. He was placed in charge of leading data-driven scientific projects and chemical research studies to determine the public health risks of various foodborne hazards and support SFA’s operations.

The findings of said studies were then presented to senior management in SFA and the Ministry of Sustainability and the Environment, as well as to consumers, industry players and other government agencies through “risk-at-a-glance” food safety articles on the SFA website.

The job also had him representing Singapore on a global stage, such as at international engagements like the 2nd International Food Safety Authorities Network in Abu Dhabi three years ago.

In his current role, he and his team’s primary responsibility is to review safety assessments of novel food products to see if they qualify for SFA’s pre-market safety approval.

Any product without a history of being consumed must be approved by the SFA before being allowed to be released on the market, he explains, and as part of this process, companies are required to conduct and submit safety assessments of the product to cover potential food safety risks.

He and his team are also responsible for conducting their own scientific assessments on potential food safety concerns highlighted in news reports, and in response to their findings, recommending the appropriate policies and operations to senior management.

It can be exhausting, to say the least, but Mr Yeung does not mind at all.

After all, he’s doing exactly what he set out to do all those years ago.

“It gives me deep gratification to know that my work plays a critical role in safe-guarding the public health of Singaporeans,” he says.