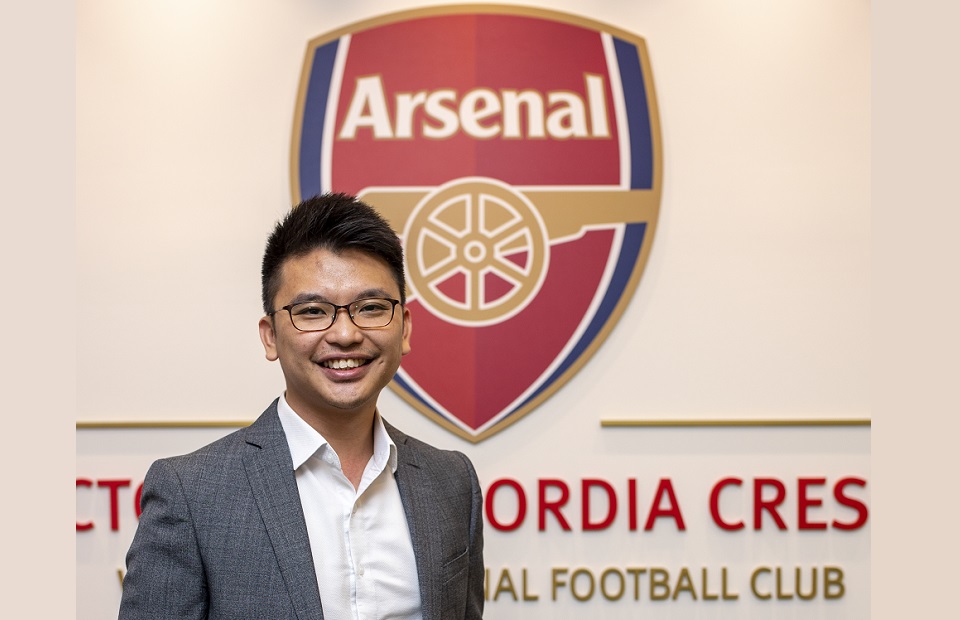 Mr Lee Quanlong, 31, has a job that many dream of — he works in partnership development with Arsenal Football Club and is responsible for establishing commercial partnerships in the Greater China region.

But much like how football players go through endless hours of practice drills before they land in the big leagues, it took Mr Lee a lot of hard work to get there.

Driven to land a dynamic career in the sports industry, he wasted no time after his O levels. In 2006, he enrolled in Republic
Polytechnic (RP) and was part of its pioneer batch of Diploma in Sports and Leisure Management students.

“I was excited by the many initiatives being planned to rejuvenate the sports scene in Singapore then,” he says, “such as the first Formula One night race in 2008, the inaugural Youth Olympics in 2010 and the new Sports Hub in 2012.”

Mr Lee says the course, (now known as Diploma in Sport Management) — which offered modules such as sports business, events and facilities management, sports law and sports management — equipped him with essential knowledge and skillsets required to put together successful sporting events.

There were also complementary modules such as sports sociology and sports psychology, which aimed to give a better understanding of how sport has shaped society.

But the “big bonus” that he most looked forward to at RP was its Problem-Based Learning approach.

“We learnt key concepts and theories through case studies. This allowed us to grasp the main topic of the lesson and apply what we learn to solve each case study. If we weren’t sure about something, we checked and cross-referenced with different sources before deciding,” he explains.

“We had to work in groups. Besides putting teamwork into practice, we could develop our own opinions and share these with others. Having to do presentations in class helped us become more self-confident.”

At the end of each lesson, students had to submit their daily reflections.

“As I considered how the day went and how I rectified my mistakes, I could reinforce what I learnt in class. Reflection remains a huge part of my life. Having to juggle many tasks and responsibilities, it’s good to sometimes step back and slow down, and assess our progress and priorities.”

What Mr Lee gained most from the approach was to learn by doing. It led him outside the classroom — to the Standard Chartered Marathon 2007 where he was a Start Line Key Volunteer.

His can-do attitude impressed event organiser Enterprise Sports Group, and he went on to do two internships there.

Discussions during class frequently revolved around the administration preparation of 2008’s Summer Olympic Games in
Beijing.

To proactively put his academic learning into practice, he wrote to Singapore National Olympic Council for an internship. He got it, as well as sneak peeks into the national athlete selection process.

In 2009, Mr Lee graduated from RP among its top 5 per cent. He went on to complete a degree in sport science and management at Nanyang Technological University in 2014.

“As a student, I was driven to learn something new. Now I’m driven to put my best work forward to contribute to the industry.”

This article was first published in The Straits Times on Jan 15, 2019.