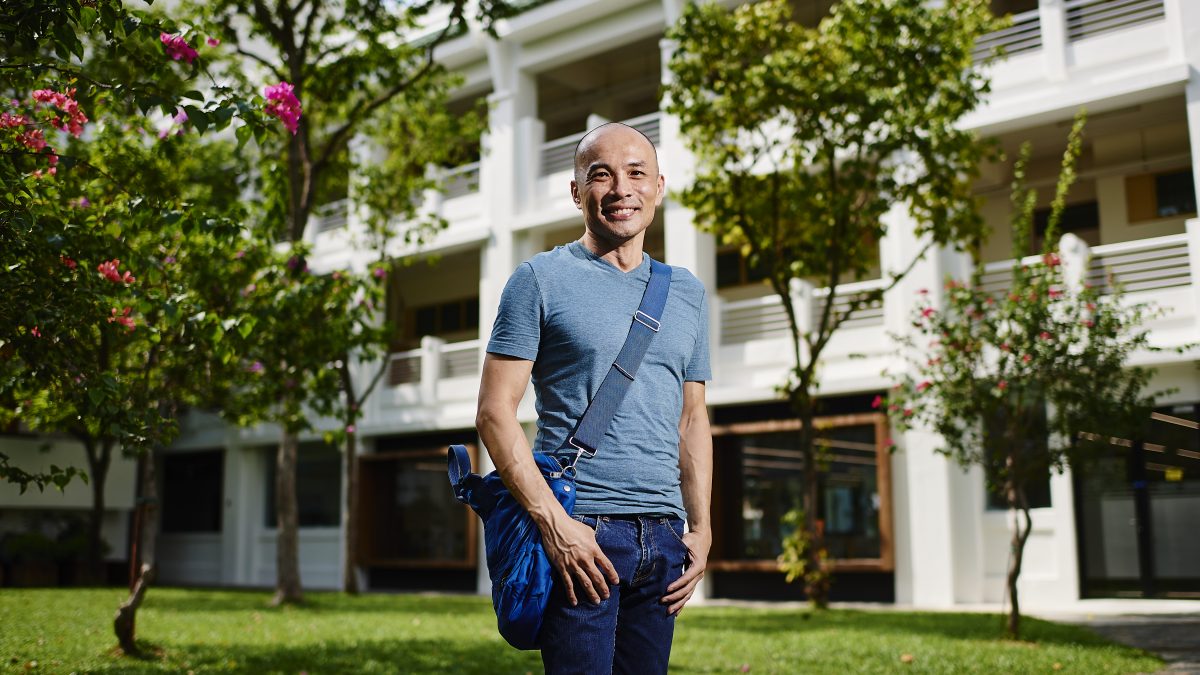 Design to make a difference with JCU

Mr Andre Yew has lit up the lives of many people — quite literally.

With a Bachelor of Science in Interior Design from the University of Wisconsin-Madison, and a Master of Fine Arts in Architectural Lighting from Parsons School of Design in New York City, he has the credentials to back up his wealth of experience.

But as he wrought dazzling displays of light into existence every day, they threw into sharp relief the discussions that were taking place around him.

Conversations in the architectural community were steadily shifting from matters of aesthetics and functionality to topics like climate change, social issues and political ecology — issues that he and the rest of the community had come to realise were inextricably intertwined within the greater purview of urban planning.

As a frequent collaborator with urban planners, architects and civil engineers, his expansion into the field of urban planning was the natural progression.

“I was already seeking to broaden my career path and personal pursuit in life,” says Mr Yew. “So I decided to give planning and urban design a go.”

It was this pursuit that led him to enrol in the Singapore campus of James Cook University (JCU) in 2018.

His curiosity piqued by an advertisement on the MRT train, Mr Yew looked up JCU’s Master of Planning and Urban Design (Majoring in Disaster Resilience and Sustainable Tropical Urbanism) (MPUD) on the Internet, and was immediately drawn to its emphasis on hands-on application. This was radically opposed to the other universities he had considered, which seemed to be heavily slanted towards a didactic approach.

“The JCU MPUD programme is different from most planning and urban design programmes, as it has a component of policymaking and legislation planning, tackling the important conversations in society today,” says Mr Yew.

Mr Yew was also impressed by the flexibility offered by the MPUD. When he asked about module replacements, the staff at the Singapore campus encouraged him to consult Associate Professor Lisa Law from the Australian campus.

With her supervision and approval, Mr Yew was able to customise his curriculum to his personal tastes, substituting design-based classes with statistics, data analytics and economics classes — all elements he found essential to urban design.

Flexibility has always been an integral part of the curriculum at JCU, and the MPUD is no exception. By his own volition, Mr Yew is currently performing research pertaining to urban design for Singapore in 2050, taking into account an ageing population and increased life expectancy — a topic that is relevant to all Singaporeans.

When he graduates next year, he hopes to join a global entity like the United Nations, the World Health Organisation, the World Bank Group or even the Prime Minister’s Office, and take an active approach in policymaking and legislation planning.

“I want to design with empathy, assisting in creating environments that people can find meaning in,” he says. “I am looking forward to working on international platforms in developing planning policies for the greater good.”