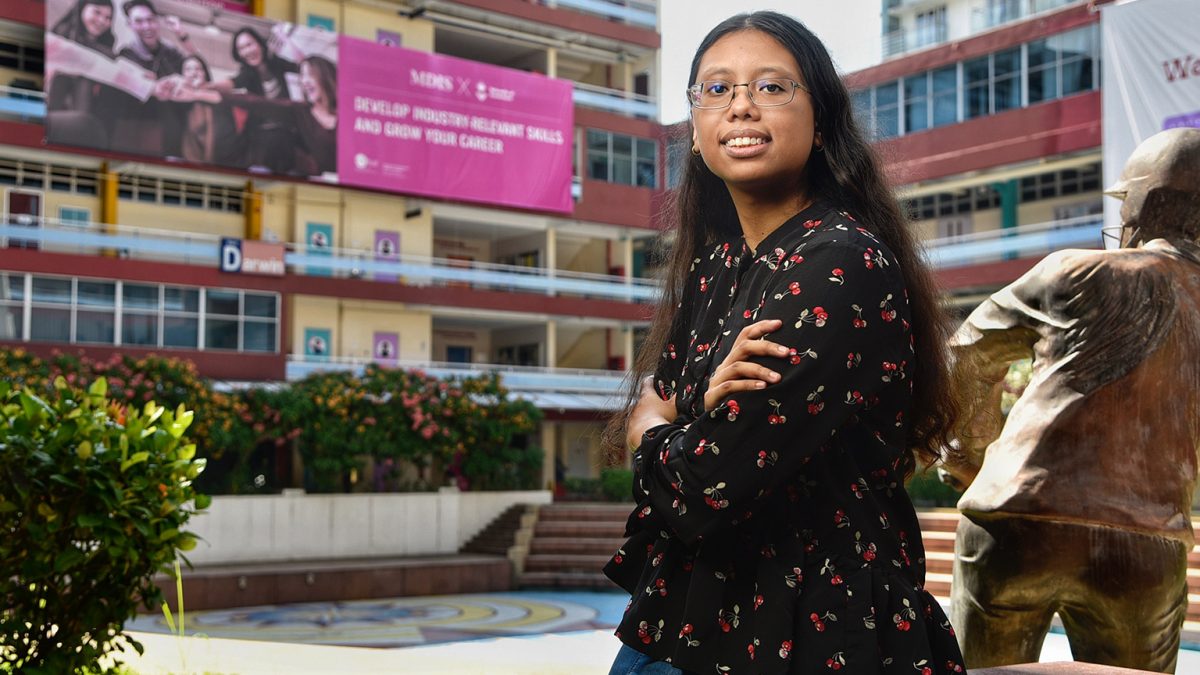 Ms Mursyidah Abdul Hameed had her father to thank for discovering the foundational topics available at MDIS. PHOTO: WEE TY

AGAINST ALL ODDS: A FOUNDATIONAL PROGRAMME GAVE THIS 21-YEAR-OLD THE OPPORTUNITY TO CHASE AFTER A LIFELONG DREAM

MDIS' International Foundation Diploma in Biomedical Sciences allowed Ms Mursyidah to pursue her interests in genetic diseases, despite not studying biology for her A levels.

When Ms Mursyidah Abdul Hameed was in kindergarten, she was very fascinated by an exhibition on viruses at the Singapore Science Centre.

That sparked her interest in diseases, and more specifically, genetic diseases – which she is now studying now about as a third-year undergraduate at the Management Development Institute of Singapore (MDIS) studying biomedical sciences.

However, Ms Mursyidah, 21, almost did not pursue her Bachelor of Science (Hons) Biomedical Science degree – offered by MDIS and awarded by UK’s Northumbria University – because she did not study biology for her A levels.

Thanks to her father, she learnt about an MDIS course that covered the foundational topics she wanted to learn before starting university, and she is well on her way to achieving her dreams as she graduates in the year 2023.

Ms Mursyidah says it was possible for her to pursue bio- medical sciences at the local universities as biology is not a prerequisite, but she was worried she would be left behind.

Not wanting her to give upon her dreams, her father researched and compared programmes for her across universities from Australia and the UK.

“We felt that MDIS was the best because of its International Foundation Diploma in Biomedical Sciences programme. Other foundational diplomas and degrees were more restrictive with a focus on pharmaceutical science, which is not my area of interest. Biomedical sciences allow us to branch out into the medical field, for instance. The MDIS bachelor’s degree is also an honours programme, unlike some others,” says Ms Mursyidah.

Having a strong foundation allows Ms Mursyidah to enjoy learning so much more, as she studies subjects such as bioinformatics and genetics, her pet interest.

In her three-year MDIS programme, Ms Mursyidah must complete five to six modules each year. She does not have to take electives, unlike the degree programmes in local universities.

Looking back, Ms Mursyidah is happy with her decisions and her options.

“If you have the passion for biomedical sciences, MDIS provides a curriculum with a broad range of modules, laboratory sessions and dedicated lecturers,” she says.